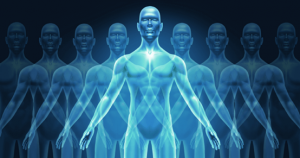 Focusing is a psychotherapeutic process developed by psychotherapist Eugene Gendlin. It can be used in any kind of individual or group therapy.

Focusing therapy is based on the belief that our body implicitly involves its own knowledge and intelligence. Focusing therapy therefore teaches us exactly how to gain access to this physical knowledge. It involves holding an open, non-judging attention to an internal knowing which is directly experienced but is not yet in words. Focusing as a process can, among others, be used to stimulate change or treat the condition a patient is experiencing. In other words, the experiential process of focusing on the body helps the patient clarify what he or she feels or wants and to decode information in order to gain new knowledge or awareness of his or her condition.

Focusing therapy is based on the principles of the person-centered approach, i.e. with a presence on the behalf of the therapist that shows respect, empathy, acceptance and authenticity away from interpretations and criticism.

Personal testimonials of some clients at our center GIA TIN ITHAKI who followed the process of focusing:

“Focusing therapy, although a simple process, helped me get closer to myself and my body.” 39-year-old woman

“I had migraines during therapy. My therapist suggested Focusing. I was shocked that the feeling of pain in my body changed simply because I focused my attention there and while, at first, I felt the pain hard like a stone it slowly started to ease and I felt it soft like cotton. After a while, the pain just disappeared. ” A 28-year-old woman

“The first time we tried Focusing, I can say that it was not a pleasant experience as negative emotions surfaced. I felt fear and hesitation to continue but my trust in my psychotherapist after cooperating for a long time made me persevere and continue. After 2 more sessions, one each week, some symptoms continued but they were not as severe as before. I began to feel, observe, and explore my emotions in a way I had never done before. In the last session I was so immersed in my emotions that we managed to unlock a part of myself that was locked for about 30 years and it was released. I felt great joy as well as feelings of pride, calm and serenity.” A 30-year-old man

“When I closed my eyes and focused on my body, at first I felt intense anxiety and worry. However, when I was asked to observe the sensation of tachycardia caused by the issue we were working on during focusing, I then tried to concentrate and observe for quite a while. The first realization that came out of the focusing process was that the source of the various problems and obstacles I encountered was none other than the hate relationship I had with myself! As I didn’t want this to continue and since the focusing process showed us the way, my psychotherapist and I continued working on this during psychotherapy. ” 14-year-old girl